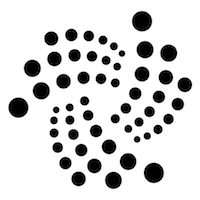 The main innovation behind IOTA is the Tangle. It’s a novel new distributed ledger architecture that is based on a DAG (Directed Acyclic Graph). One might refer to it as a “Blockchain without Blocks and the Chain” (semantically, it’s not really a Blockchain).

At its core, the Tangle still has the same underlying principles as a Blockchain: it’s still a distributed database, it’s still a P2P Network and it still relies on a consensus and validation mechanism.

But, if we are to summarize the main differences between the Tangle and the Blockchain, the two most apparent ones are how the Tangle is structured (a DAG), and how we achieve consensus.

In IOTA there are no “blocks” in the classical sense. Instead, a single transaction references two past transactions. This referencing of transactions is seen as an attestation: with your transaction you attest directly that two transactions, and indirectly that a subsection of the Tangle are valid and conform to the protocols rules.

Instead of a smaller subset of the network being responsible for the overall consensus (miners / stakers), the entire network of active participants (i.e. devices making transactions), are directly involved in the approval of transactions. As such, consensus in IOTA is no longer decoupled from the transaction making process: it’s an intrinsic part of it, and it’s what enables IOTA to scale without any transaction fees.