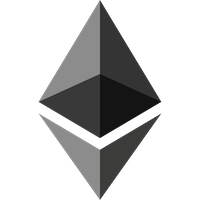 Ethereum is a decentralized platform that runs smart contracts: applications that run exactly as programmed without any possibility of downtime, censorship, fraud or third party interference. These apps run on a custom built blockchain, an enormously powerful shared global infrastructure that can move value around and represent the ownership of property.

This enables developers to create markets, store registries of debts or promises, move funds in accordance with instructions given long in the past (like a will or a futures contract) and many other things that have not been invented yet, all without a middle man or counterparty risk. The project was bootstrapped via an ether presale in August 2014 by fans all around the world. It is developed by the Ethereum Foundation, a Swiss nonprofit, with contributions from great minds across the globe.

The intent of Ethereum is to create an alternative protocol for building decentralized applications, providing a different set of tradeoffs that we believe will be very useful for a large class of decentralized applications, with particular emphasis on situations where rapid development time, security for small and rarely used applications, and the ability of different applications to very efficiently interact, are important. Ethereum does this by building what is essentially the ultimate abstract foundational layer: a blockchain with a built-in Turing-complete programming language, allowing anyone to write smart contracts and decentralized applications where they can create their own arbitrary rules for ownership, transaction formats and state transition functions. A bare-bones version of Namecoin can be written in two lines of code, and other protocols like currencies and reputation systems can be built in under twenty. Smart contracts, cryptographic "boxes" that contain value and only unlock it if certain conditions are met, can also be built on top of the platform, with vastly more power than that offered by Bitcoin scripting because of the added powers of Turing-completeness, value-awareness, blockchain-awareness and state.